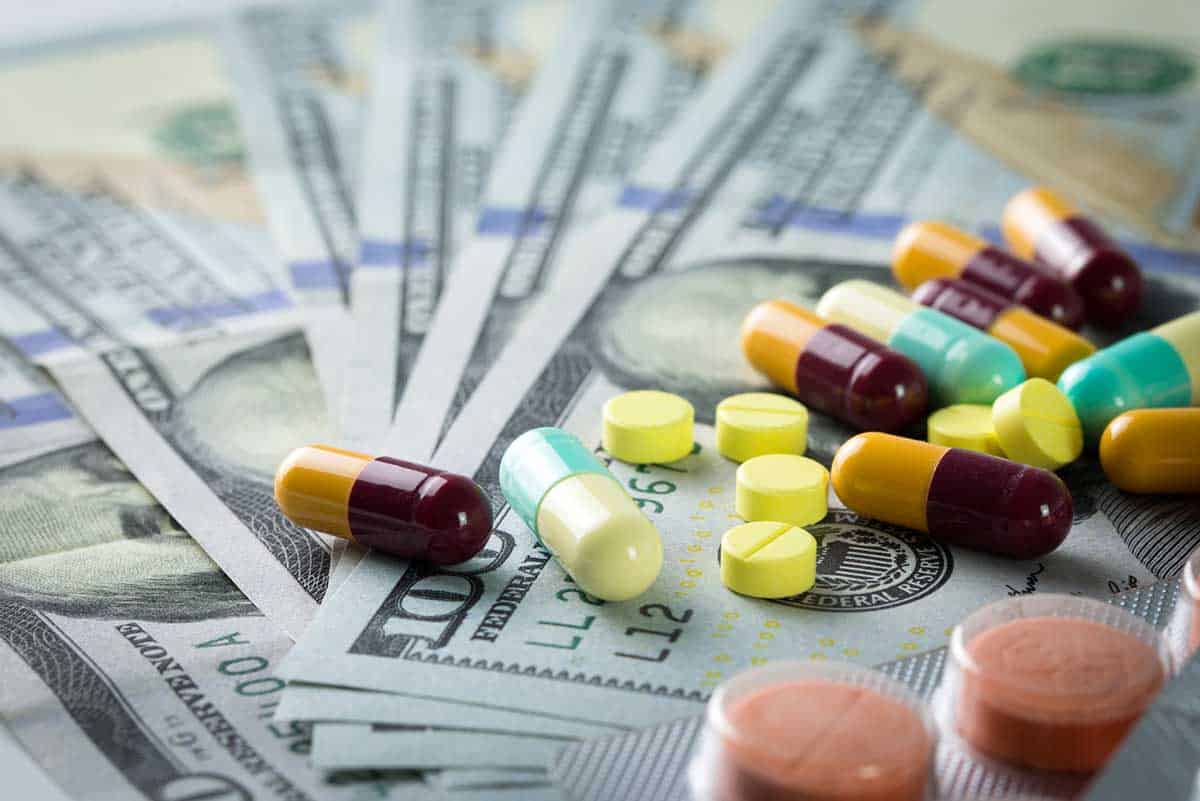 Have You Considered the Rising Cost of Prescription Drugs In Canada?

The key drivers of the increased expenditures are:

Canada currently uses a hybrid system for buying prescription medication, which involves multiple private and public drug plans. However, the diversity of drug plans mean that Canadians are covered for drugs according to the province they work or live, but not necessarily according to their medical needs.

Canadians with inadequate coverage, including unemployed or self-employed workers are usually unable to enjoy the benefits of optimal treatments. Over 10 percent of Canadians have reported not being able to fill prescriptions in the past year due to the lack of finances.

Did you know……every 3 minutes a Canadian is diagnosed with Diabetes, 1 in 2 Canadians will be diagnosed with cancer and every 10 minutes someone has a stroke in Canada?
The costs of these unexpected illnesses can have a significant financial impact due to the prescription drugs that are needed.

Canadians pay way too much for their drugs. In fact, Canada is the second-most expensive country globally when it comes to prescription drugs with the United States being the first. The drug prices in Canada are some of the highest among the Organization for Economic Co-operation and Development (OECD) countries.

This influences the access that Canadians have to essential prescription drugs as well as the sustainability of the health care system in Canada.

Why Are Drugs So Expensive in Canada?

The following is a brief breakdown of the cost of prescription drugs in Canada:

The difference between brand name and generic drugs is a key concept when it comes to drug pricing in Canada.

A brand name drug is a patented drug initially developed and marketed under one of several Canadian patents and is only available for sale by the patent holder. The manufacturer sets the price and the Federal government limits it. A patent in Canada lasts 20 years, but that period also includes clinical trials and approval.

A significant portion of the brand-name drug cost comes from development. The development costs are usually a secret, but estimates are about $1 billion from concept to market although estimates sometimes vary from several hundred million to over $10 billion. Generic drugs require between $3 and $10 million?? for development and take between 2 and 3 years to reach approval.

Contributing to these development costs are the new biologic drugs that are being developed to treat a wide range of diseases including arthritis, many cancers, and multiple sclerosis. The materials required to develop these drugs cost more and the manufacturing process, which uses live organisms, is much more complex. As well, the cost of research and development for biologics is higher. Thus, all of these components add to the overall cost.

Drugs dispensed outside hospitals in Canada are sold at pharmacies. The pharmacies buy drugs from the manufacturers and sometimes through wholesalers. When a physician outside a hospital prescribes drugs to a patient, the patient will be required to fill the prescription at a pharmacy. A dispensing fee is paid to the pharmacy for filling the prescription. This fee is in addition to the manufacturer’s price of the drug and can vary by pharmacy.

The Canadian Institute for Health Information estimates that an average Canadian spends over $1,500 annually on prescription drugs and as previously stated, this is increasing. Having access to prescription drugs is essential. If you don’t have insurance, you could be staring at expensive medical bills.

Unexpected medical issues can arise at a moment’s notice and considering that the provincial government drug programs don’t pay for prescription drugs dispensed outside of a doctor’s office or a hospital, it is critical to have insurance to fall back on.

The following is a brief breakdown of the types of prescription drug coverage from a Canadian health insurance perspective.

To be eligible for coverage a prescription drug must:

– Be prescribed by a psychiatrist, physician, or dentist

Drugs that may be excluded tend to be what are referred to as “lifestyle” drugs including weight loss, fertility, smoking cessation, allergy serums, and contraceptive drugs. In addition, some plans may include or exclude over-the-counter drugs that are considered “life-sustaining” or natural health products.

Examples of prescription drugs that are always covered by health insurance plans include:

Prescription Drugs That May Be Covered

The following drugs may be covered by health insurance depending on the plan:

– “Lifestyle” drugs such as fertility, contraceptives, and smoking cessation aids and allergy serums

– Over-the-counter drugs that are considered “life-sustaining”

– New drugs that have been recently approved for public use

– Brand name drugs even if an equivalent generic drug exists

– Medical marijuana is still not covered by most personal health insurance plans, but some employee benefit plans offer some coverage for marijuana prescribed for pain management.

If you want a specific prescription drug covered and are considering getting health insurance, then get in touch with an experienced agent such as Blue Country Insurance to ensure that your preferred drug is covered by the plan that you are considering.

Prescription Drugs That Are Never Covered

The following is a list of drugs that are never covered by private health insurance:

– Drugs that don’t have a DIN number

What is a Drug Identification Number (DIN)?

A DIN is an 8-digit identification number that Health Canada assigns to all drugs sold in Canada, including prescription drugs. It provides information such as the name of the drug, the manufacturer, active ingredients, etc. It should always be displayed somewhere within the drug container’s label. It should also be listed on the receipt from the pharmacist.

Blue Country Insurance is a licensed insurance agent offering a variety of health insurance options to meet your unique health care needs. If you choose our company, you can be confident in the fact that you will have the right prescription drugs coverage for you and your family’s specific needs at a cost that is affordable…….and that you will stay healthy should the need ever arise.

Blue Country Insurance is not just a health insurance agent. We also offer other types of individual insurance including:

For more information on prescription drug coverage and the other types of insurance coverage available to you, contact us today. You can also visit our website for your free quote or to apply online.

If you enjoyed this article please Like us on our facebook page here:  Blue Country Insurance Facebook and follow us on Twitter
We are here to answer all your insurance questions about what kind of drugs you can be covered for and what packages are best for you and your family.

You can take a quick look at some of our health plans at the links below.

What You Need To Know Regarding Health Insurance Benefits After Retirement
July 4, 2018

Am I fully covered under my Group Plan?
October 16, 2017
Categories
FREE QUOTES

Get a quick and easy free quote